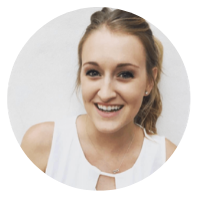 She is currently a third-year Doctor of Audiology student at the University of Texas at Austin. She will be completing her fourth-year externship at the Austin VA.

Rachael enjoys working with various hearing technologies and is very interested in tinnitus counseling and patient-centered care practices. She is currently the vice president of the Student Academy of Audiology at UT Austin and the student liaison for the Texas Academy of Audiology.

Rachael is from Chico, CA, but is ecstatic to remain here for at least the next two years, but hopefully more! In her free time, she enjoys walking Ladybird Lake, paddle boarding, hiking, and camping with her two dogs, LJ and Charlie.